An alleyway of white cobblestones crosses the medieval ramparts, leaves the Doric columns of the acropolis behind and marks a path that leads to a wrought iron gate, framed by a Gothic high relief. Here, in the old city of Rhodes, on the Greek island that was the scene of the succession of millenary cultures, when your step crosses the threshold of that gate, you take a leap in time and, unexpectedly, find yourself in a lounge that it is not difficult to define as stylish. This is the Obscura Cocktail Bar, in the project that bears the signature of Eleni Karimali, a young but already renowned architect from Rhodes who graduated from Polytechnic University of Turin. The attention to detail in fact is clear in her projects, who while experimenting with different materials at the same time, adapts herself to places and circumstances. Even in a place like this one, which while paying a dutiful tribute to the medieval heritage that shapes the city, creates a contemporary language, thanks to a counterweight effect between different materials and unexpected combinations of very different textures. On the one hand, the history, the precious legacy of a complex culture that fascinates, reminding us of where we come from. We find it in the ancient walls of the courtyard, vestiges of a fortified palace that time has partially stripped of its plaster, revealing the large blocks of travertine here and there, laid according to ancient construction techniques; but also in the floors, which make use of black stone slabs. On the other hand, the modernity of our times, which require durability, comfort and aesthetic refinement. The shiny surfaces of the large Bloom marble-effect stoneware slabs by Del Conca - an Italian company with an international presence of over forty years in the production of ceramic surfaces are a clear sign of this, and can be found in the free-standing bar, in the coffee tables, in the counter connecting the inside and outside, as well as a decorative element which is also functional, serving as a camouflage to the entrance of a concealed pantry under the stairs in the courtyard. With these shiny, reflective surfaces, a transition is made from the roughness of the ancient stone to a texture with a fully contemporary taste, which interrupts the monochromatic uniformity of the original surface, fragmenting it into a thousand shades from white to black. The ceramic wall tiles also denote the interiors in a decisive way, where in some cases they lose their three-dimensionality to create a wallpaper effect; thus the motif with veins softened by a watercolour technique becomes an expressive element in the three arches that welcome spirits and liquors, acting as a theatrical backdrop for the space dedicated to mixology, the beating heart of the bar. Finally, we find the transition from stone, whether authentic or artfully created, to metal, in the variations of the black reinforcing bar in copper and with an industrial taste, in the finish of the stools, counters, in the tap in the washbasin as well as in the bar’s sign. We also see it in the elements of the imposing glass chandelier - a reference to the irony of the Belle Époque atmosphere and the leisure culture of the late nineteenth century - which dominates the main room of the venue. Once again a leap in time, from one of the oldest materials to its use in a completely modern context. Just as history and current events are not separate but live in an indissoluble continuum, archaic and contemporary elements coexist in a dialogue that restores value to both, in a refined, but at the same time simple project, because it is defined by a single style, that of the combination of ancient materials and modern refinement. Through the succession of tactile experiences and different light effects, the spaces of the Obscura Cocktail Bar guide the past to the present day, focusing on the importance of living the present without forgetting the value of our history. 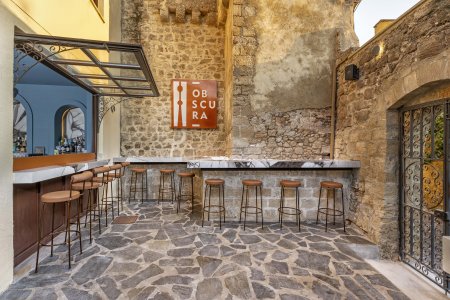 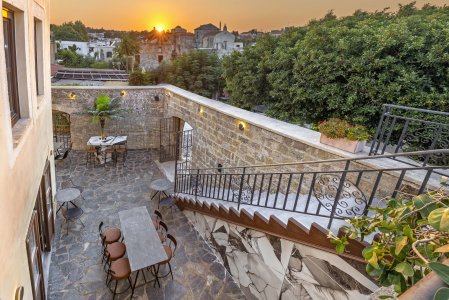 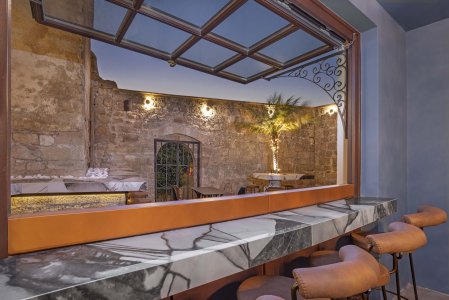 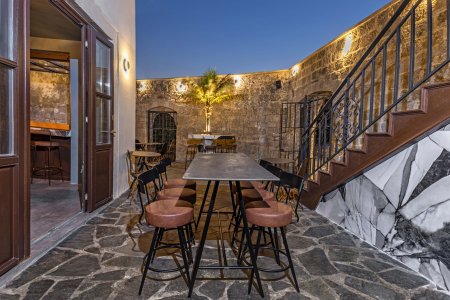 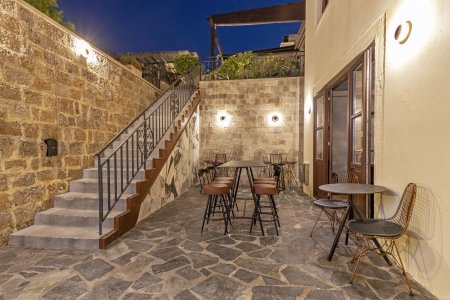 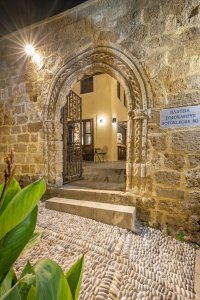 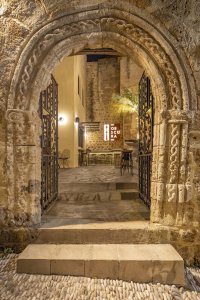 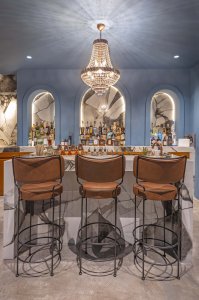 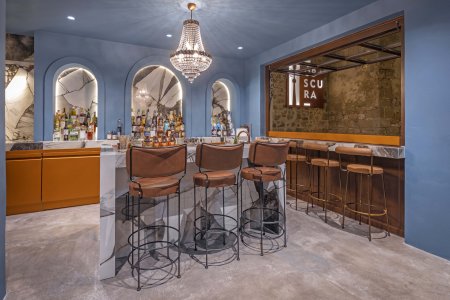 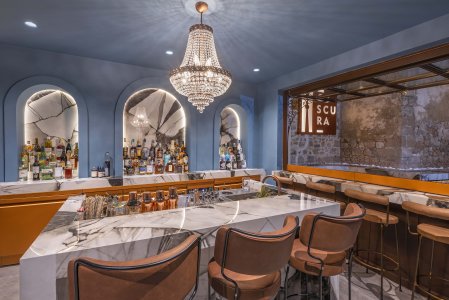 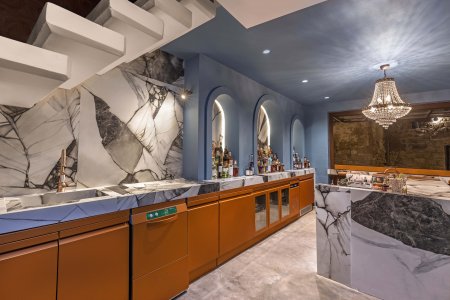 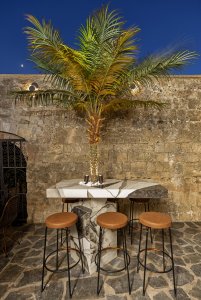